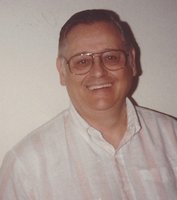 Merle Edwin Logan, 88, of Lodi, passed away on July 22, 2017, in Lodi. Merle was born on December 22, 1928, to Winfield and Nellie Logan. Merle served in the United States Navy, spending most of his time in Hawaii and Washington. After he was released from the Navy, Merle went to College of the Pacific. He worked for Montgomery Ward, as a social worker for San Joaquin County hospital, and retired working for the State of California for the Employment Development Department. Merle enjoyed watching cowboy westerns and cooking shows on tv. He was also a fan of Frank Sinatra and Perry Como. Merle is survived by his wife of 56 years, Gladys Logan; daughter, Lynn Robinson Ellis; grandsons, Andrew Aragon, Brian Ellis; granddaughter, Melissa (Ian) Sigman; and 8 great grandchildren. He was preceded in death by his parents; brothers, Robert Wurst and Leland Wurst; daughter, Debra Logan; son, Gary B. Robinson; and grandson, Scott E. Ellis. A memorial service will be held on Tuesday, August 8, at 11:30 a.m., at Lodi English Oaks Seventh-Day Adventist Church, 1260 W. Century Blvd, Lodi, 95240. There is no visitation and committal is private. In lieu of flowers donations may be made to a charity of the donor's choice.