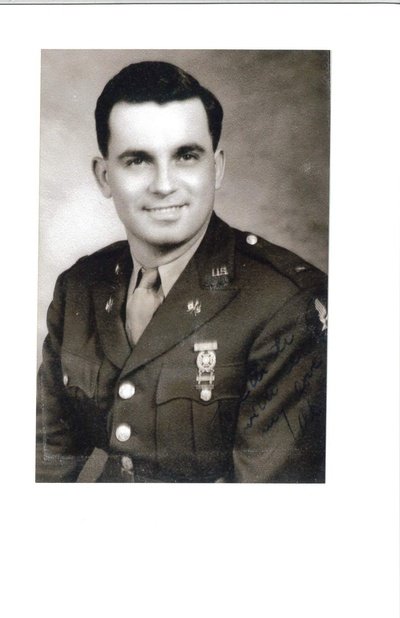 Please share a memory of Alfred to include in a keepsake book for family and friends.
View Tribute Book
Alfred A. Lingo, beloved husband, father, grandfather, great grandfather and great-great grandfather passed into Eternal Life to be with His Lord and Savior Jesus Christ on April 16, 2019, at the age of 105. Al was born in San Jose, Costa Rica, March 13, 1914 to Alfred Hampton Lingo and lnez Brennes Zavaleta. In 1933 Al immigrated to Berkeley California, where in 1938 he graduated from UC Berkeley with a BS degree in Mechanical and Electrical Engineering with a special emphasis on Steam Power. In July 1936 Al married Clara Edith Basham. They had a son, Walter Hampton (1939-2000), and a daughter, Phyllis Anne(1940). From 1938 until 1950 Al worked for PG&E in the Bay Area. During WWII (1941- 1946) Al was called to serve his country as Lt. Colonel, Army Airforce, in the Northern Pacific Aleutian Islands. After the war from 1951-1975 Al worked for Southern California Edison Company as the Manager of Steam Generation. In 1975 Al retired and moved to Stockton to be near his family. He still consulted around the globe for various power plant operations. These projects provided him with many interesting journeys and good friends from around the world! A devoted Christian, Al worshipped at St. Anne’s Episcopal Church where he served as a Sr. Warden of the Vestry. Other passions of Al’s were the railroad and trains! He volunteered and operated trains and streetcars for the Western Railway Museum in Rio Vista for over thirty years! In 1991, after Edith’s death, Al married Delores (Dee) Kissner Lingo. Al is survived by Dee, her sons, Dr. Richard Brown (Rosio), Michael Kissner (Marilyn), Matthew Kissner, two grand- sons, and one great grandson. Also survived by three grandchil- dren and seven great-grandchildren from his son Walter (Kathleen); his daughter Phyllis Grupe (Fritz), four grandchildren, 20 great grandchildren and three great-great grandchildren! Preceded in death by his first wife Edith and son Walter. In Al's words, "It has been a very happy life, and I thank God for all the many people I have been able to love and for the time He has given me to enjoy them. Without a strong and loving FAMILY, my life would have been completely different. God was very kind in allowing me such love and I hope all my family will continue to experience such a magnificent gift from God." Visitation: April 30, 10:00am - 4:00pm, Rocha's Mortuary in Lodi. Memorial Service: June 1, 1:00pm, St. Anne's Episcopal Church in Stockton. Private Internment . Donations can be made to the Western Railway Museum (http://www.wrm.org/support/donate), Suisun City, CA; Hospice of San Joaquin (https://www.hospicesj.org/contribute/tribute- gifts), 3888 Pacific Avenue, Stockton, CA 95204; or St. Anne's Episcopal Church (http://espicopalchurchofstanne.com), 1020 West Lincoln Road Stockton CA 95207
To send flowers to the family or plant a tree in memory of Alfred Lingo, please visit Tribute Store
Online Memory & Photo Sharing Event
Online Event
About this Event

Look inside to read what others have shared
Family and friends are coming together online to create a special keepsake. Every memory left on the online obituary will be automatically included in this book.
View Tribute Book
Services for Alfred Lingo
There are no events scheduled. You can still show your support by sending flowers directly to the family, or planting a memorial tree in memory of Alfred Lingo.
Visit the Tribute Store

Share Your Memory of
Alfred
Upload Your Memory View All Memories
Be the first to upload a memory!
Share A Memory
Send Flowers