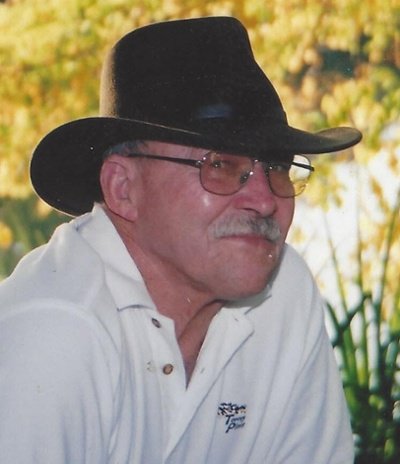 Please share a memory of David (Gene to include in a keepsake book for family and friends.
View Tribute Book
It is with a heavy heart that we announce the passing of our beloved Husband, Father, Grandfather, and Great- Grandfather, David Eugene (Gene) Nixon on August 6, 2019, after a long courageous battle with COPD at the age of 78. He was surroundedby his loving wife and family. Gene was born to Robert and Verbal Nixon, November 25, 1940 in Poteau OK. He attended Houston Elementary School in Acampo and Lodi High School. He was a member of the Carpenters Local Nor-Cal became a self-employed Carpenter until retirement. Gene’s hobbies included fishing, golfing, hunting, fast pitch softball pitcher, spending time with his beloved grandchildren He enjoyed traveling with his wife, especially to ocean areas and loved camping with friends and family. He attended all his grandchildren’s sporting events and was an avid fan of the Oakland A’s, SF Giants, Oakland Raiders and SF 49er’s. He was also a proud past member of the Woodbridge Elks Club for over 30 years. He is survived by his wife of 28 years, and best friend for 38+ years,Linda Nixon; sons, Randy and Brett Nixon; daughters,(Mike), Gina and Lori Saccone; brother, Robby Nixon (Babette); sister-inlaw, Laverne Nixon; 13grandchildren; 4 greatgrandchildren;and numerous nieces and nephews.Gene is preceded in death by his parents, Robert and Verbal Nixon;brothers, Gary and Darrell Nixon; and grandson,Mason McClaine. Funeral arrangementsare being made by Rocha’s All FaithCremations, Lodi CA. Amemorial service will be held at Faith CommunityChurch, 18621 N. Hwy99, Acampo, CA, on August 30, 2019 at 11:00a.m.The family would liketo give a special thank you to his Hospice“Angels” Harpreet andKelly. In lieu of flowers, thefamily suggests remembrances or donations bemade to Faith CommunityChurch (Kids Summer Hospice (Kids Camp).
To send flowers to the family or plant a tree in memory of David (Gene Nixon, please visit Tribute Store
Online Memory & Photo Sharing Event
Online Event
About this Event

Look inside to read what others have shared
Family and friends are coming together online to create a special keepsake. Every memory left on the online obituary will be automatically included in this book.
View Tribute Book
Services for David (Gene Nixon
There are no events scheduled. You can still show your support by sending flowers directly to the family, or planting a memorial tree in memory of David (Gene Nixon.
Visit the Tribute Store

Share Your Memory of
David (Gene
Upload Your Memory View All Memories
Be the first to upload a memory!
Share A Memory
Send Flowers