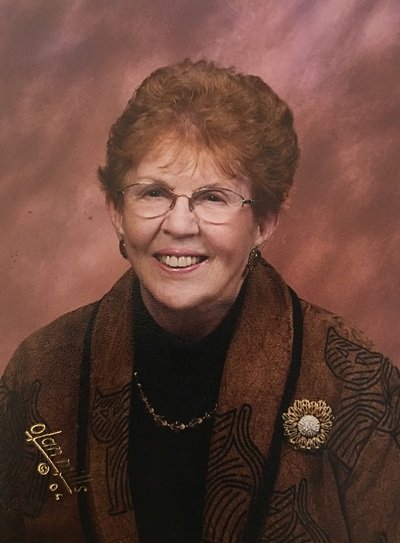 Please share a memory of Dorothy to include in a keepsake book for family and friends.
View Tribute Book
Dorothy “Dottie” Thompson, a longtime resident of Lodi, passed away on February 1, 2020 after a short illness. She was 92. Dorothy was born on June 27, 1927 in Boise, Idaho. She was the youngest child of John and Nell Allan. Her husband, LaVor, along with her three older sisters, all preceded her in death. She grew up on a farm in Mayfield, just outside of Boise, and spent her first eight years of education in a one-room school house. After graduating from Boise High School in 1945, she married Ralph Edward Hall in 1951 and traveled the world, living in Casablanca, Morocco and London, England. While in Morocco, Dorothy gave birth to her only son, Cary, in 1952. In 1957 she married LaVor Cole Thompson. They lived in Boise, Idaho and Spokane, Washington for a few years before moving to Lodi in 1966. LaVor owned Ro-Tile Mfg. and Thompson Roofing while Dorothy worked at Lodi Physical Therapy for over 50 years. She was an active member of the Lodi Elks Lodge and Grace Presbyterian Church. Dorothy loved to travel and took many trips and cruises with family and friends over the years. She had a love for antique furniture and was a master at refinishing old pieces. At 87 years old, to keep active, she started volunteer work at Lodi Memorial Hospital. Thanksgiving was a special time for Dorothy. For over 40 years she hosted a family reunion at her home. Dozens of family and friends gathered from all over Southern California, the Bay Area, Utah, and Idaho for several days of celebration. She would never pass up an opportunity to party especially when dancing was involved. Over the years she hosted many parties and gatherings at her home as well as helping organize events at the Lodi Elks Lodge. Dorothy is survived by her son, Cary, and wife, Terri, of South Pasadena, California, stepdaughters, LaJean of Rocklin, California and Vikki of Tsaile, Arizona, along with her granddaughters: Sarah and Leslie, step-grandchildren: Derek, Jacqueline, and Jason, and step-great-grandchildren: Ashley and Allison. She also leaves behind an extended family of nieces and nephews in Boise, Idaho, Ogden, Utah, and Tracy, California. Visitation will be on Friday, February 14 th from 3:00 to 7:00 at Lodi Funeral Home, 721 S. Fairmont Ave., Lodi. Following a private burial, services will be held on Saturday, February 15 th at 11:00 a.m. at Grace Presbyterian Church, 10 N. Mills Ave., Lodi, officiated by Dr. David Hill and Steve Netniss. There will be a reception following at the Lodi Elks Lodge, 19071 N. Lower Sacramento Rd., Woodbridge from 1:00 to 4:00. In lieu of flowers, Dorothy would be honored by donations to Grace Presbyterian Church or the Lodi Elks Lodge. The family would love for you to share your memories of Dorothy. You can send them to Cary Hall at 900 Rollin St. South Pasadena, CA 91030 or email: caryhall@aol.com.
To send flowers to the family or plant a tree in memory of Dorothy Thompson, please visit Tribute Store
Online Memory & Photo Sharing Event
Online Event
About this Event

Look inside to read what others have shared
Family and friends are coming together online to create a special keepsake. Every memory left on the online obituary will be automatically included in this book.
View Tribute Book
Services for Dorothy Thompson
There are no events scheduled. You can still show your support by sending flowers directly to the family, or planting a memorial tree in memory of Dorothy Thompson.
Visit the Tribute Store

Share Your Memory of
Dorothy
Upload Your Memory View All Memories
Be the first to upload a memory!
Share A Memory
Send Flowers