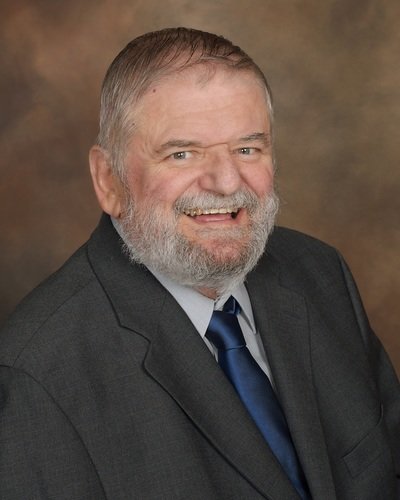 Please share a memory of Stephen to include in a keepsake book for family and friends.
View Tribute Book
Stephen Michael Koteles, of Lodi, CA, passed away peacefully at his home on July 23, 2020. A devoted husband, father, and grandfather, Steve will best be remembered for his love of family, his gregarious nature, and the kindness and generosity he showed towards everyone Born in Bedford, Ohio on May 1, 1945, Steve was the youngest of four children to Magdalene and Stephen Koteles, and grew up among a close-knit Hungarian community. His father called him Mick or Mickey; others nicknamed Hawkeye. Most people knew him as Steve. To his children he was Dad. Steve graduated from Bedford High and attended Kansas University. As a young man, Steve enlisted in the Navy, and served aboard the USS Vega in Vietnam. While stationed in Alameda, CA, for training in communications, he met Barbara Jean Gray of Oakland in 1967. They married, and in 1974 they moved to Lodi where they raised their three children, who eventually gave them four grandchildren. Steve spent his entire post military career of nearly forty years working for the phone company. Steve was a staunch believer in worker’s rights, leading him to be an active member of the union. Over the years he served a shop steward, bargaining team member, and editor of the union newsletter. His strong support of the union stemmed from his deeply held conviction that all people deserve basic justice, rights, and dignity. Steve also held a deep love and devotion to family. A loving husband, father, and grandfather, Steve worked to support the household while Barbara returned to school to become a Registered Nurse. Through science fairs, butterfly collections, beauty pageants, school plays, choir concerts, band reviews, sporting events, dance recitals, cheerleading competitions, fundraisers, and graduations, Steve was always there to support his wife, children, and grandchildren whenever he could, which was often. His value of critical thinking and education pushed all three of his children to earn college degrees. With charitable hearts, Steve and Barbara gave regular support to St. Mary’s Dining Room, St. Anne’s and St. Christopher’s Churches, and many other charities. He helped start St. Anne’s Bingo Night, constructing the first Bingo Board, and serving as one of the first Bingo callers. Steve could never walk by a Salvation Army bell ringer during the holidays without leaving something, and was known to hand out large bills to strangers in need on the streets. In his final moments, Steve held Barbara’s hand as he peacefully began the next journey. Steve is survived by his wife Barbara; his three children, Stephanie Koteles, Lorrie (Daniel) Morrison; and James (Lesley) Koteles; his grandchildren Michael, Corben, Annie, and Cormac; and his sister Donna Fletcher. He is preceded in death by his parents, Stephen and Magdalene; and his brothers Richard and Thomas. A Celebration of Life memorial will be held in the future. In lieu of flowers, the family encourages donations to St. Mary’s Room in Stockton.
To send flowers to the family or plant a tree in memory of Stephen Koteles, please visit Tribute Store
Saturday
24
July

Look inside to read what others have shared
Family and friends are coming together online to create a special keepsake. Every memory left on the online obituary will be automatically included in this book.
View Tribute Book

Share Your Memory of
Stephen
Upload Your Memory View All Memories
Be the first to upload a memory!
Share A Memory
Send Flowers